Skip to content
No Comments on BENIDORM LOW COST FESTIVAL 2012 REVIEW (SATURDAY 28th)Posted in 2012, ANNI B SWEET, BENIDORM, CITIZENS, CRÓNICA, EL COLUMPIO ASESINO, ETIENNE DE CRECY, FANFARLO, FUEL FANDANGO, JULIO, JULY, LOW COST FESTIVAL, MAKE THE GIRL DANCE, PLACEBO, SABADO, SATURDAY, SECOND, THE ZOMBIE KIDS By adminPosted on July 29, 2012
BENIDORM LOW COST FESTIVAL 2012 REVIEW (SATURDAY 28th)
The second day of Benidorm LowCost Festival 2012 started with Dj Warm Up and Cosmonauta on the second stage and Anni B Sweet on the first.
The night came, back on the second stage, with Secondwho developed almost all the setlist in Spanish, but for one song, to the days the used to compose all their songs in English. The five from Murcia counted with the special appearance of a violinist of the Philharmonic Orchestra of their city. 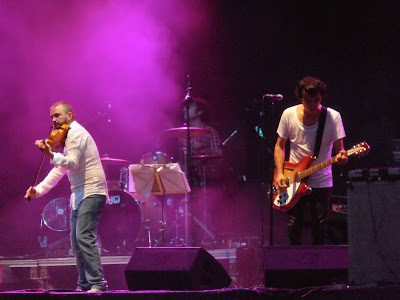 The next band to get on the main stage was Fanfarlo. Vocalist also played saxo, as well as one keyboarder who also played trumpet and the other keyboard who played violin. They offered a sober show, but too much sober from time to time. Saxo and trumpet had an interesting while for a musical fight. Before they went they wished we would enjoy Placebo and Citizens! 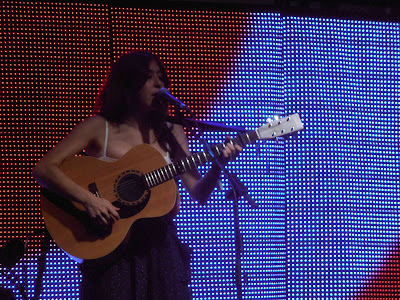 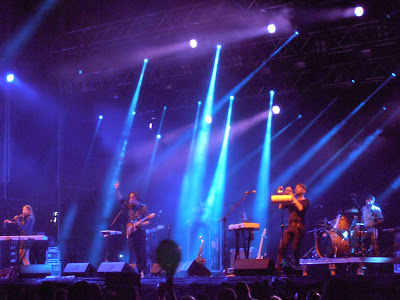 But until Placebo we devoted an eye to Fuel fandango. When guitarist stood at the synthesizer the gig took a trip hop look, but not for too long because singer moves from fusion folk rock in Spanish to Amystyle soul in English in a little while, with a voice that sounded almost perfect. 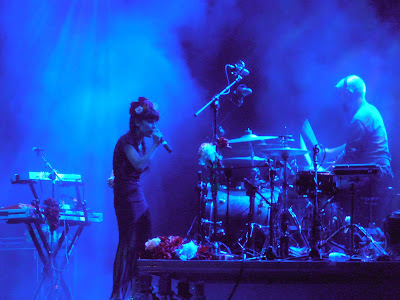 And they time for Placebo came. The most crowded gig of the night started, as it should do, with Kitty Litter, Battle For The Sun, Every Me Every You, with the intro that during years had been used and almost became a part of the song.
Brian introduced the band in purpose in exaggeratedly perfect Spanish to make clear we need to Speak In Tongues, their next song to be played. Black eyed, Special Needs, For What It’s Worth, I Know, in which Brian made the tune much lower and easier in the whole song.
Slave to The Wage was a surprise for some of us who like it but were not expecting it. Tempo slowed down perhaps because of Spanish hot and moist weather.
Meds started in a really slowed tempo style reminding a kind of reinvention of Every Me, Every You
A song to Say Goodbye and The Bitter End reminded us that could not last forever as well created an hypnotic atmosphere that tried to make us think that moment was not just the end of a gig but the end of the world.
After a Macaco Style cover to Teenage Agnst, four encores, including Post Blue, and B3, presented as live debut. 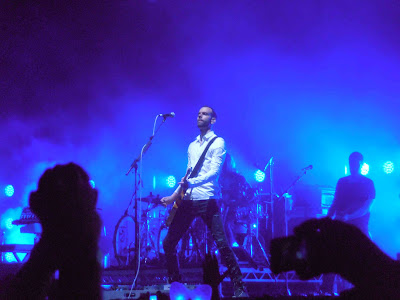 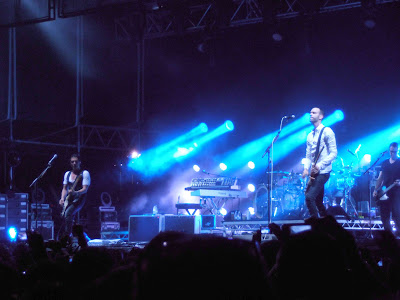 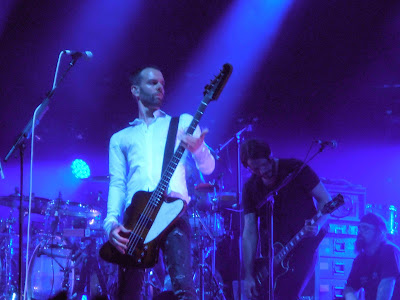 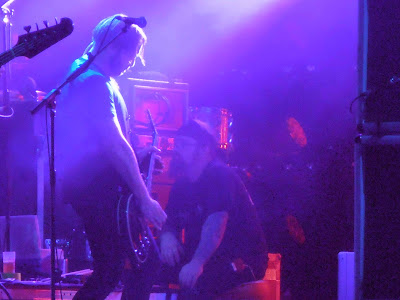 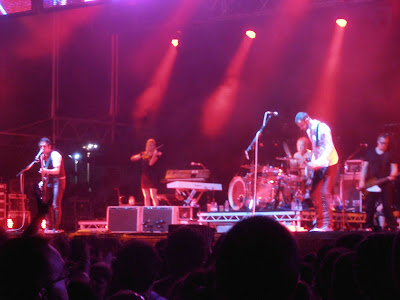 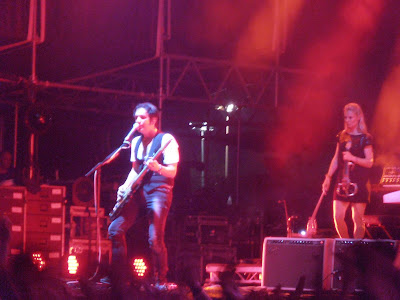 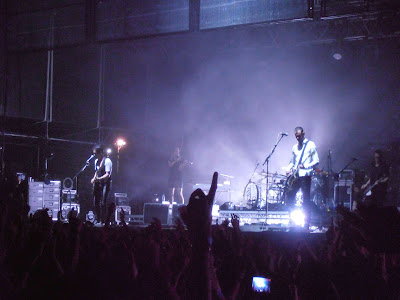 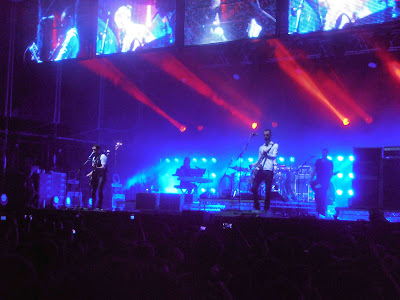 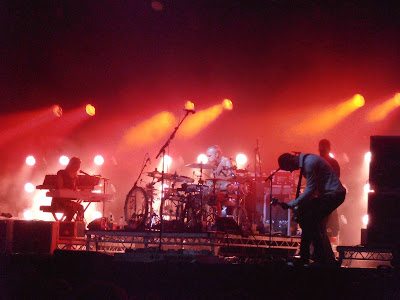 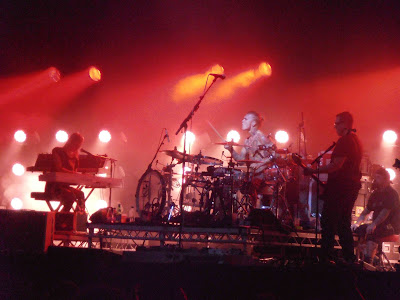 On the second stage, El Columpio Asesino. had the difficult mission to take our mood from Placebo to the next band on the main stage, La Casa Azul. They accomplished pretty well for an overpopulated public. 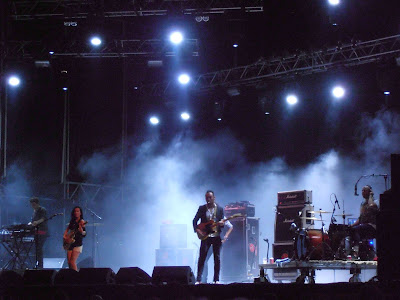 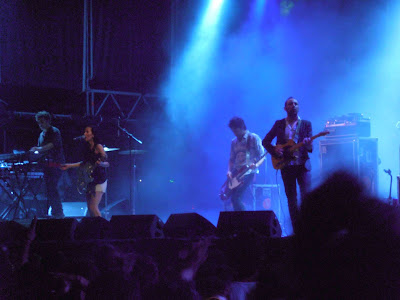 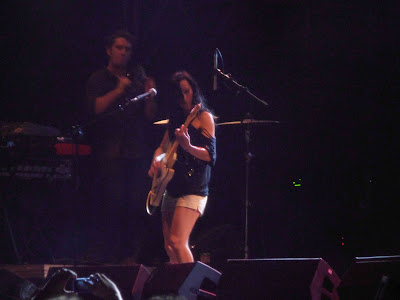 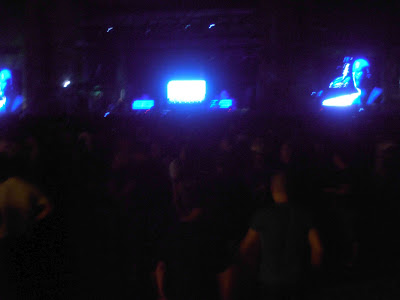 Citizens! were to play next on the second stage that now no one would think to be the second. Reptileand Caroline were to of their most claimed songs, in a gig that perhaps did not deserved the previous high expectations but for sure made a few of the attendees memorize their name to follow them in the future. 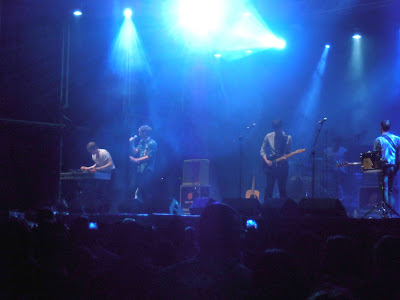 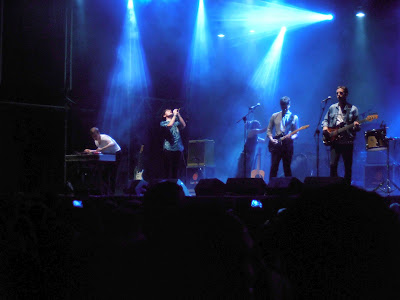 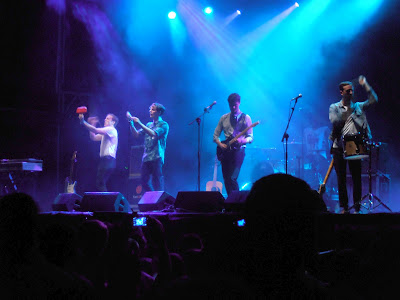 In this moment, even though both on the main and on the second stage, great shows were to came with Ettiene de Creci and Make The Girl Dance (live set), we could not witness their No Brain or Baby, Baby, Baby, respectively.

The insatiable ones stayed to burn their trainers dancing to The Zombie Kids.
BENIDORM LOW COST FESTIVAL 2012 REVIEW (SATURDAY 28th)