Skip to content
No Comments on BENIDORM LOW COST FESTIVAL 2012 REVIEW (FRIDAY 27th)Posted in 2012, BENIDORM, FRIDAY, IS TROPICAL, IVAN FERREIRO, JULIO, JULY, LOW COST FESTIVAL, SUEDE, SUPERSUBMARINA, THE RIGHT ONS, THE SOUNDS, THE WHIP, VIERNES, WE ARE STANDARD By adminPosted on July 28, 2012
BENIDORM LOW COST FESTIVAL 2012 REVIEW
FRIDAY
The fourth edition of Benidorm LowCost Festival started on the second stage (Lower Stage) with DJ Warm Up and Varry Brava. The ones to start up the main stage (Budweisser) were Trepát  (winners of the 2012 LowCost’s Bands Contest). 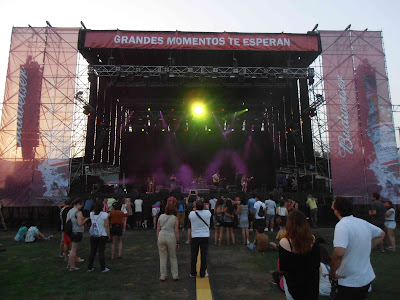 Back to the second stage, with The Right Ons, who had a very strong attitude onstage. Specially remarkable was the job the keyboard did including Electronic percussion, folk percussion as maracas and tambourine and throwing of every item eventually. Pretty Slick, On The Radioand Tell Me ‘Bout the Good Times, were some examples of the songs that the band brought to tour their third and last album Get Out. 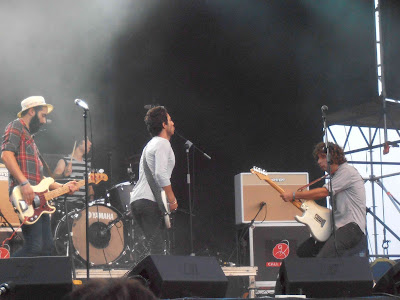 After a quick walk to the stage one, ex-front man of Los Piratas Ivan Ferreiro performed with quite a emotional endemism songs from his long career with Los Piratas and solo era. Años 80, Promesas, Mi coco, sung by everyone ther, Ivan at the piano alter introducing the band and the technique crew. 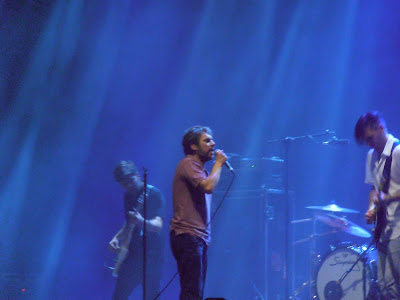 It was the turn for Is Tropicalon stage 2. These three boys, whose sound is so difficult to classify, brought the songs from their album Native Toand didn’t let down the crowd attending the gig. 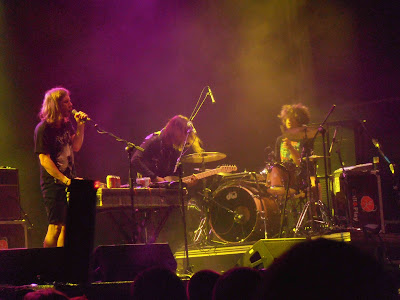 The next ones to flow the main stage were Suede. They started Introducing The Band, and went on hit after hit with Trash, Filmstar, Animal Nitrate, We Are the Pigs, She and To the Birds.
The attention decreased for a while but Brett Anderson came back with Killing Of A Flashboy, Can’t Get Enough, Everything Will Flow, So Young, Metal Mickey. Guitarist Riachard Oakes looked like playing the song especially for you and only for you in a private show, secret or something. They closed the show with The Wild Oneswith a perfect sound of acoustic guitar, New Generation, Beautiful Ones and Saturday Night. 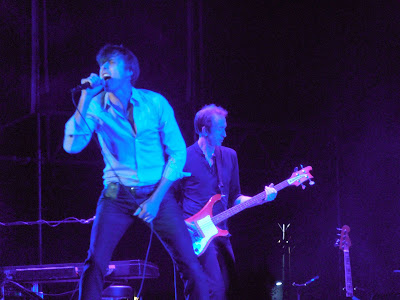 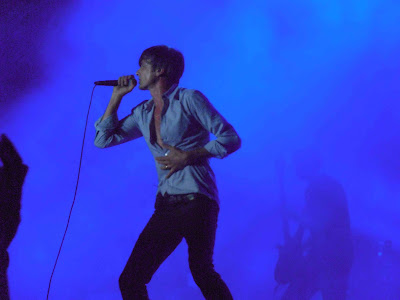 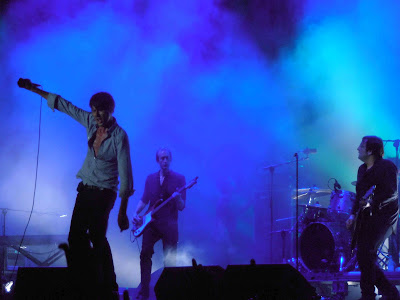 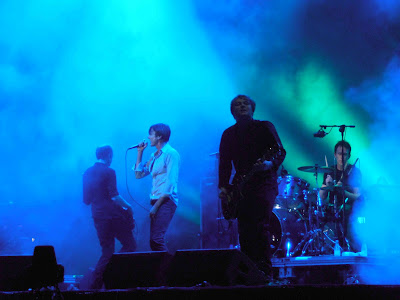 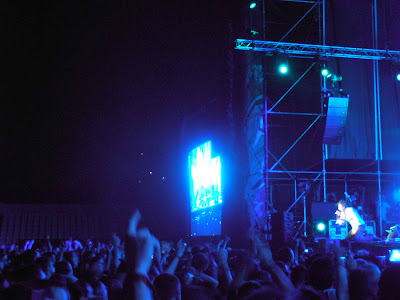 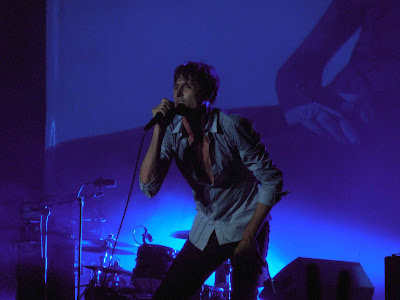 The venue had all and a karaoke stage that from time to time looked like one more stage. 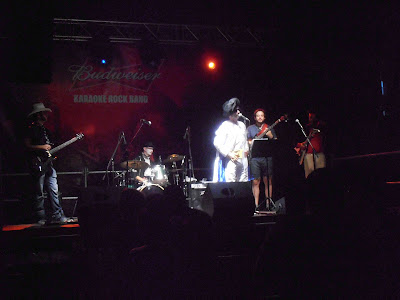 After a very quick stop at the second stage, we went back to the main stage to attend Supersubmarina. They had a really impressive performance with songs like Ola de Calor, Supersubmarina, or XXI. 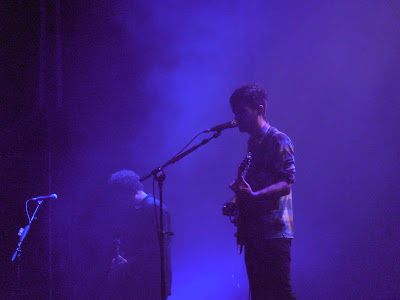 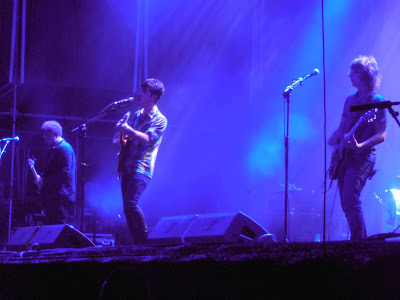 Back to the second stage, The Whip where there showing how different can a band sound depending on this member that keeps on moving from the keys to the strings of his guitar.
Their top songs were Secret Weapon and Trash, in which everyone there had to jump up and down. 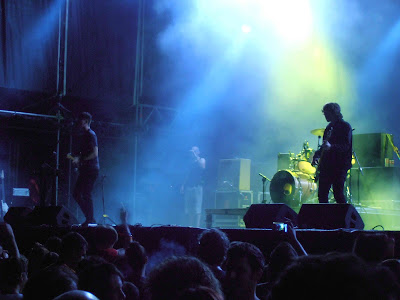 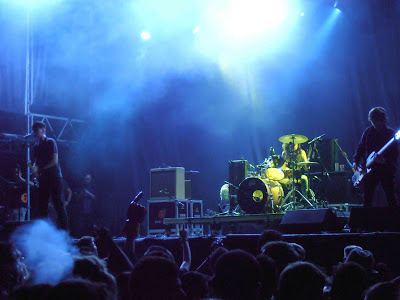 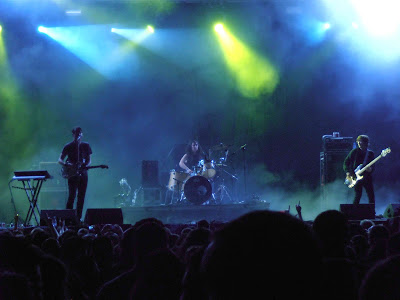 And to close the main stage for the first night came  The Sounds. They started with It’s so easy, To dance with the devil, in which guitarist Félix Rodríguez sung backing vocals with a vocoder, No one sleeps when I’m awake, in which the keyboarder Jesper Anderberg took the guitar and vocals. Again with Song with a mission. the sound was much more electric as the keyboarder grabbed the guitar. Something to die for, Painted by numbers. Singer Maja Ivarsson should not try emulate an helicopter with the microphone wire after Suede gig, because Anderson is a pro. They finish the “fucking party” (as Ivarsson said several times) with Wish you were here, Don’t stop push it now, Living in America. A perfect closing for the main stage. 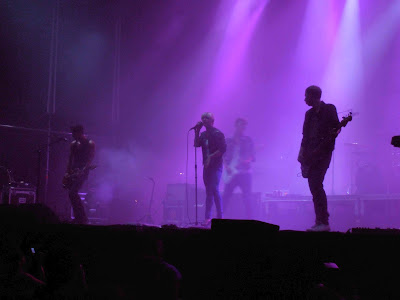 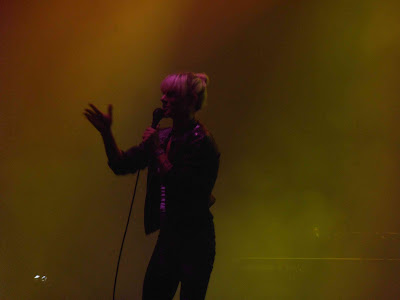 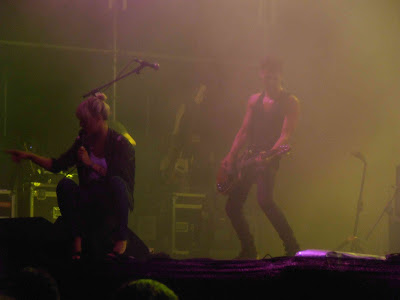 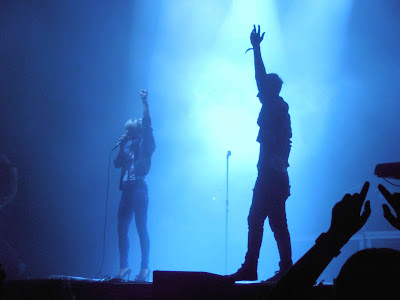 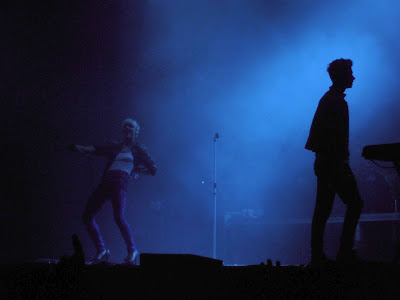 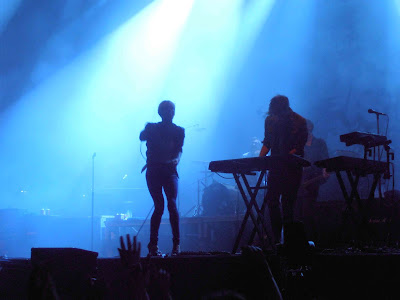 Those who never sleep kept on it with DJ Coco and 2Many DJs (DJ set), on the second stage.
BENIDORM LOW COST FESTIVAL 2012 REVIEW (FRIDAY 27th)